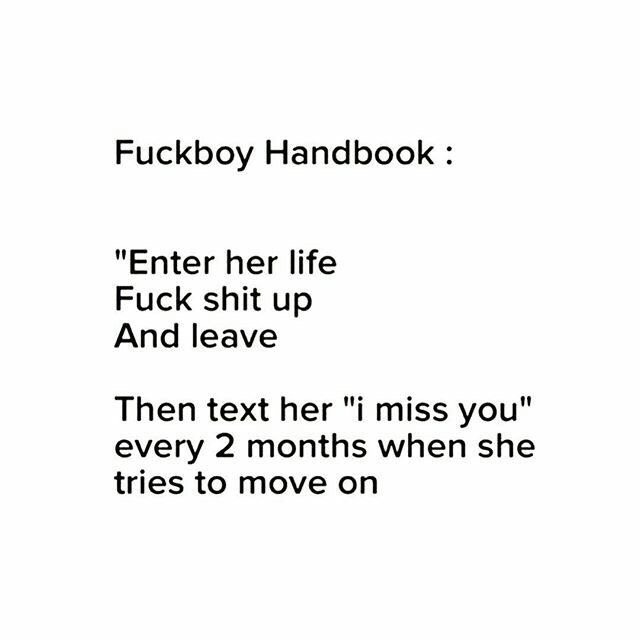 So I have a problem with Fuckboys, especially low life fuck boys who are in their 30’s still acting like they’re 16 and doing immature and childish things!Like i love to say! They Irritate me to the core of my soul!

Before I start my rant here is the backstory (its long!):

So homeboy have been dating my cousin for a little over a year. Talked about spending their lives together, and even went to express his commitment to her father and mother! (See how how serious that Sh** was!?). He is in constant communication with his future mother-in-law, his parents met my cousin’s parents! They are ready to take their relationship to another level! Everyone is Happy! Life is good!

Based on all these events, homeboy who lives outside of the city agrees to move back to the city. Since my cousin has a more stable position there, he can come and look for a job himself. They discussed getting married at the courthouse and moving together. So my cousin and her parents start looking for an apartment for them. Everybody is Happy!

Oo! Homeboy start to delay his visits to the city. Everytime he got an excuse! His work is keeping him from travelling to the city because of unexpected events. My cousin would go to him and he would not come for months! Obviously my cousin started to get mad and frustrated! To have been in a continental long-distance relationship I know what distance is, I know what is it to miss someone, I know what is it to be the only one making efforts to see the other person!

My cousin continues to look for the apartment send him pictures and see if he likes it. They choose together and eventually find the apartment. Mycousin secure it so when homeboy comes he goes directly HOME when he moves back to the city in 2 months. But everything changed!

After her first night in the apartment, He said ” he thought she was joking and did not believe she actually was taking the apartment! His family is against the move and dont really like women living on their own! ” So, he started to get distant and broke up with her via TEXT a week after she moves in! HOWWWWW????

She is hurt , dissapointed and pissed!But immediately started to move on. Now HOMEBOY is mad she did not fight for the relationship and wants her back! EXCUSE ME?

So how do you spend a year with someone you say you love, broke up with her via text after she’s move to a new apartment waiting for your arrival, and still expect her to fight for the relationship? What is there to fight for?

You are a 30+something man, working, with Bills! No one forced you in a relationship! No one forced you to make plans! But you cowardly back off when the plans come to life, and hide behind your family to justify your cowardness! Aren’t adults suposed to be taking their own decision? I Just dont get it!

If you are just looking for a friend with benefits, just be clear! If you want the benefits without the friends just say it! Its ok! Women have business to run, jobs to perfom and dreams to realize and can’t spent months entertaining BOYS who want to play, unless they agree to just play!tell us the deal and we’ll tell you if we agree or not! But dont try to act smart and play the victim at the same time! A man can’t have a low life and be a fuck boy at the same time! C’mon! 30 years old is too old for that!

Giving false hope and acting like a low-life fuck boy is a NO-NO!

In the meantime I hope my cousin ” Eat fruits, hydrate, do her squats and stay away from guys like this! Cause honestly, ain’t nobody got time for that!

A woman who thinks a lot and is full of emotions! Every day working to become a better version of myself, but also dealing with many contradictions from my heart, mind and body! I’m a strong believer of energy and vibes and I trust my intuition. I accept my feelings for what they are and let life flow... my mind is always working, I’m always thinking... View all posts by Lely

This is a text widget. The Text Widget allows you to add text or HTML to your sidebar. You can use a text widget to display text, links, images, HTML, or a combination of these. Edit them in the Widget section of the Customizer.